The Salt Lake Bahá'i Community began, with the earlier visits of the first American Bahá'i, Thornton Chase to Salt Lake area [1903], the first long time Bahá'i resident, Anna Woodward Copely [1905] as well as the arrival of The Countess Aurelia S. Bethlen, [1906], Dutches of Hungery, who had embraced the Bahá'i Faith only a few years prior.

Since those early days, many individual Bahá'i communities, have been established.

`Abdu'l-Bahá, eldest son of Bahá'u'lláh, the founder of the Bahá'í Faith, visited Salt Lake City in 1912. 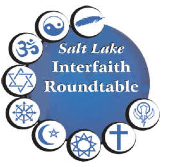